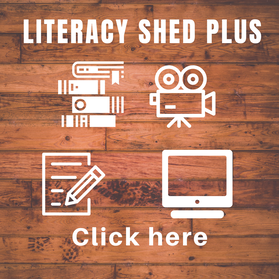 A selection of resources based around the
theme of War and Peace. 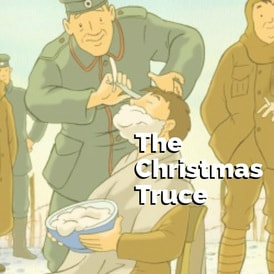 I play this video with the IWB turned off so the children can only hear the music.

I sit the children in a circle whilst the music plays and I hand out memories from the box for the children to handle and discuss.   We discuss any links between the objects and between the objects and the music.  The children often guess that the story is sad - maybe someone looking back at their life.
Next we watch the video - the children fill in a what we know, what we want to know and what we have guessed sheet. e.g. guess his wife is the woman in film and she has died, guess that he is poor as he has no furniture.

I have used this for a range of writing - the most poignant was writing home from the battlefield to a loved one, with children describing the man dying.

I have also done an activity where the children create a 'photo diary' of memories - they can use stills from the animation or draw their own photos.  They then write captions in character to go with each picture.

It is an ideal film for inspiring a story using flashbacks and flash-forwards.  Can the children describe the setting and action and then change the place and time using text signposts?

Germans in the Woods

An animated recount from Joseph, aged 90.  Joseph, a veteran of World War Two recounts the events of one day during the war.

Joseph describes shooting and killing a young German soldier in self defence.

In the second half of the animation he describes what effect the death had on him and how he has never been able to get the 'boy' out of his mind.

The animation touches on sensitive issues but is suitable for KS2.Teaching Ideas

I would use this animation in a broader unit about WWII rather than a stand alone Literacy lesson.
For discussion purposes pause the animation just after Joseph shoots the German.  Discuss what feelings he might have.  Ask the children to discuss whether or not it is 'Right' to kill someone in times of war.  Can it ever be right?
Why do the children think it effected Joseph so much?  Could create a conscience wall.

The year is 1951, the place is Korea and there is a war going on.  The hero of the story is Manuk.  We first see him exploring the wreck of a downed plane looking for some 'useful' bits of metal.  Manuk wanders around the town on his way home, playing perilously close to the railway - using the trains to flatten bits of metal which he uses to make small toys.  There are some funny moments, he throws a stone during a game and it hits a cyclist.  There is a poignant moment at the end when a parcel arrives.  The audience is led to assume that his father has been killed in action and these are his possessions.  Manuk does not realise.

For comprehension questions based on this film click here
Discussion Points (I wouldn't share the film's title before watching.)

Pause at 19 seconds, ask the children what they think the film is about.  Any clues?  'Mourning Dove' picture is a big clue.  If using the film to teach 'flashbacks' then tell the children that they are about to see one.  Photographs are a great way to trigger a flashback.

Pause again at 43 seconds - Ask the children to think of as many reasons as they can why she is leaving.  Where is she going?  Is there any evidence?  Does she want to go?  Does he want her to go?

Stop at 49 seconds - This is where some writing could take place.   Newspaper report, soldiers journal, diary, letter home before it happened. etc.

At 1m37s How is he feeling?  Create an inside/outside chart.  How is he feeling on the inside of an outline drawing.  What he looks like/actions on the outside.  Are these things the same or is he trying to put a brave face on it?

Over 20 years ago the film 'The Rocketeer' was launched by Dave Stevens.  Many of our children will not have even heard of this film but here it is, a remake in honour of the original for them to enjoy and be inspired by!

The film is set during WW2 and features a young boy who dreams of flying.   One day the peace of this small farming community is shattered by a police chase.

A tragedy is on the cards but luckily 'The Rocketeer' was on hand to save the day!