A stunning animation set in the near future, any soccer mad child would love to recreate this narrative.  Watch the clones take over the world of Sport will Ronaldo and Co be able to bring back the excitement of the game.
Writing opportunities:
Discussion text: Safe v taking risks,
Can we take all the danger out of sport?
Narrative - retell the story.
Diary entries - for one of the players when their career comes to an end.
A commentary piece on the different styles, clones v humans.
A news report of the final game.

So much to do and so little time!!

The world cup is coming...

The world cup is coming and this video has been produced to advertise it and show off what Brazil has to offer and how the stadiums and infrastructure were put into place.
Children could write an advert promoting one of the host cities and it's stadium.
What does this advert show about Brazilian culture?  What are Brazilians proud of?

The Brazuca is the official ball of the world cup.

The Dream - all or nothing

Lionel Messi is in bed and he is dreaming about the World Cup.  Children could write a diary from Messi's point of view, what are his hopes and fears?
Write a narrative as if they are in the England football team and they score the winning goal.  How does it end?  Do they wake up and it was all a dream?
An advert for a bank - although you wouldn't know it.  Something is happening, something mysterious and no one knows what it is.  This advert would be great to use to inspire a piece of narrative writing, a 1st person recount of what is happening, the unusual weather phenomena, the cracks in the street, people unsure what is happening.  Use long descriptive sentences punctuated with short ones to build tension.  Alan Peat's 'Show not tell' method could be used to great effect.
Ask the children to compare the two images.  What is different about the children playing football in Brazil and those playing in England.  There are many e,g, boots, kits, 'proper' ball, grass.
Activities: 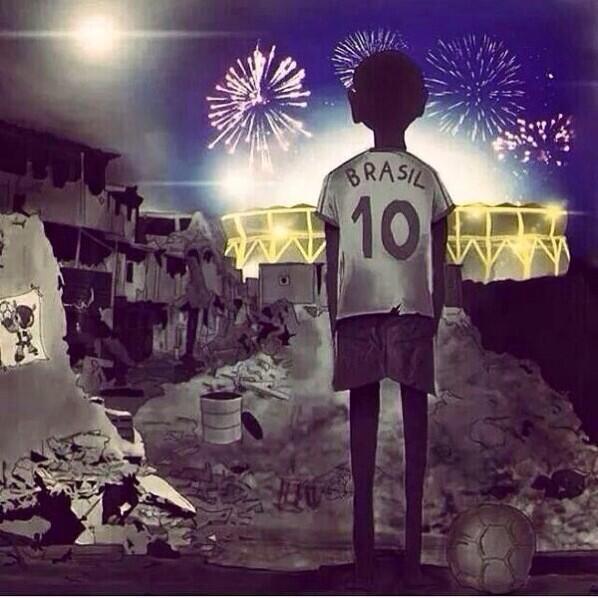 Deforestation in the amazon

Great for learning about the Rainforest.   Facts to aid persuasive writing about deforestation.  Write a letter to governments urging them to stop this.
Children could perhaps create a charity advertising campaign to stop the deforestation. 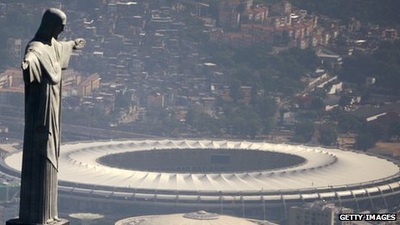 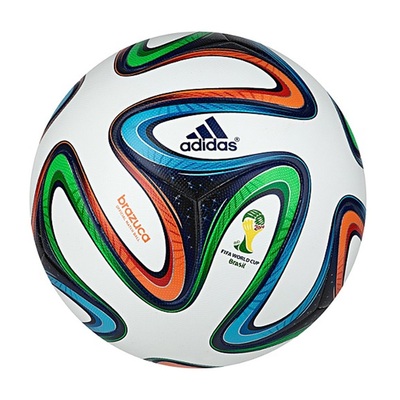 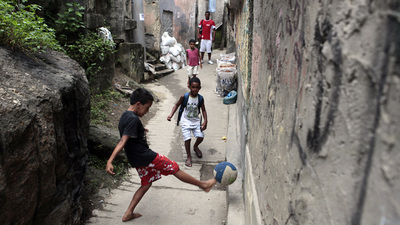 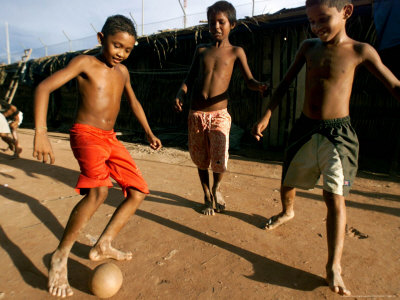 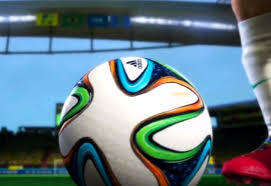 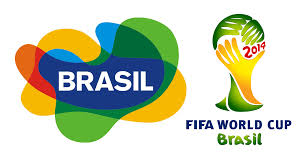 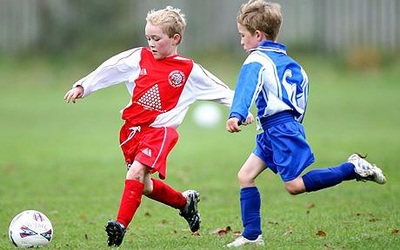 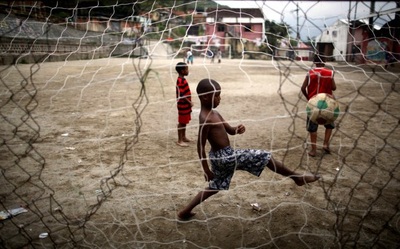 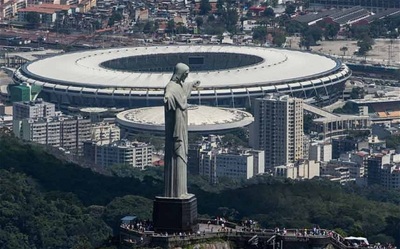