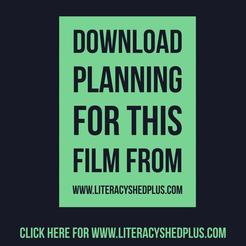 What I enjoy about using these videos is that they are not necessarily just focusing on the sport but rather examples of characteristics sport encourages children to develop. These traits such as motivation, building character, overcoming adversity, dealing with failure are just a few life skills sports instill in children. The following videos are great examples of the ways sport can engage children but also inspire them to work and try harder.
This first example - is the Nike Advert from the 2010 World Cup and carries an inspiring theme of "Write the Future!" This video will have the boys hooked as it starts some of the biggest names in the footballing world - Rooney, Ronaldo and Drogba to name a few and I love the "Sliding Doors" effect it portrays. The film ponders the question of how specific decisions can alter the direction of our lives.

The "what if" aspect to the advert could inspire some fantastic contrasting writing. Take the Rooney section, where you see the moment his pass is cut out and he has flashes of what would happen to his life - becoming a villain, losing his fans etc. He makes the decision to tackle and this is completely contrasted with the hero status he recieves. This could be a powerful stimulus for a writing activity.

The advert also provides plenty of opportunities to create some wonderful suspenseful writing. The last 30 seconds where Ronaldo is fouled and lines up the free kick would be great to write as a build up to the climax. Children can also describe the atmosphere of the packed stadium, what could they see? hear? smell? touch?

Another of Nike's adverts which can inspire some great writing is the "Take it to the next level," advert. Another inspiring example which shows the journey of a non-league footballer rise to the top of the footballing world. There are however snippets that I would consider inappropriate for children (what do you expect with Guy Ritchie as director) - at 54 seconds the footballer signs his autograph onto a girls chest and at 1.23 mins he plays a prank on a team mate where he pulls his pants down. Despite this, there are excellent opportunities for children to be inspired by this message of following your dreams, working hard and being reward for that. The last 30 seconds would be great for some descriptive writing again leading up to building suspense similar to the previous video.

The next two examples are from Sky Sports and are great for asking the children to write using the show not tell writing technique. The show not tell technique encourages the children to describe through actions or speech how a character feels or what is happening in the story. Alan Peat explains it here. My challenge would be how could they tell me about the action from the pitch without writing about anything happening on the pitch?

Sports in the movies

The next few suggestions all come from some of Hollywood blockbuster sports films. Most of them have the climax beautifully shot, building up all the anxiety, tension and angst before the final resolution. These are great for children to watch and see how carefully the tension is built. This first clip from the Movie, Friday Night Light's, shows the dying seconds of the State Championship game.
What I particularly like about the above clip is that it isn't a happy ending. The team lose, I like to see how well the children could empathise with that. How often do children really get to follow that pattern? Where there isn't a happy ending?

Alternatively, here are two clips similar for building tension however provide a happy ending. They also have links to real life events which could provide some rich learning opportunities in other curriculum areas. The first is from the film, Invictus, which tells the story of Nelson Mandela, newly elected as president, and how he used the South Africa national rugby team (the Springboks) to unite his country. This could lead perfectly into a unit of work looking at Nelson Mandela and the inspirational figure he has become. The other is from a film called "We are Marshall," which depicts the tragic events of 1970, where the team was involved in a plane crash which killed 37 players, rather than cancel the football programme they continued and despite only winning one game the following season they grew back to become of the strongest university teams in the country. You can read more about that story here.

I love the New Zealand Rugby Team's Haka, I think it is one of the most intimidating and intense rituals of any sport. This advert shows it in its purest form and could inspire some great poetry.

Usain Bolt in full flow - many children will be inspired by the worlds most famous athlete.

Paralympians - Inspirational to all of us!

The Paralympics in the summer were a huge success and have left a lasting legacy.  For many of our children these games were the first time that they saw athletes competing in paralympic sports.

'They're here' is an advert for the games which shows many of the star athletes in training.  It also show some scenes of how the athletes were injured which you might not want to show to younger children.

Children can also write dialogue for the film below. Perhaps one of the athletes are thinking about giving up - what would you tell them?  What would the coach say to them?

Sport doesn't care who you are

Couldn't have a sports shed without Mighty Mo.
Children could write newspaper reports for this race including mock interviews with Mo, his wife and his old PE teachers.   There are many great headlines to have fun with 'Not so slow Mo' etc
Children can use puppet pals to put themselves in the action as a presenter or commentator.
Show children the image of Mo crossing the line. What things would be going through his head?  Can they imagine winning a gold medal?  Who would they thank?