This is the story of a little boy called Joe who befriends a noisy monster under his bed.

Create your own monster here 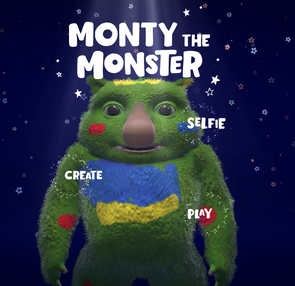 Nosy Crow have also published a book of the story which you can hear here being read by Sally Phillips.
You can also see it on youtube here