An autumn day in a deserted park, an elderly man named Geri plays a game of chess against himself. Geri plonks down the chess board and dumps the pieces out of a wooden cigar box. He puts the empty box down and on the box it says, "Pt. Richmond Hand Made Pixar Shorts". (Point Richmond is the city where Pixar Animation Studios was housed at that time.) 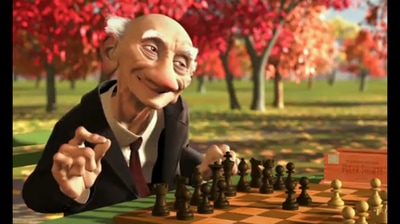 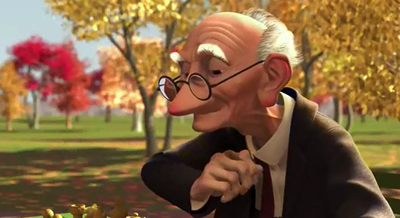 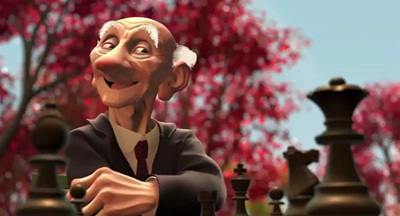 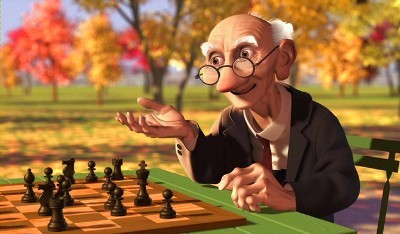 .​Geri plays the game with himself, starting out as the "white" player who wears glasses. He then moves to the other side of the table as the "black" opponent who wears no glasses. The scenes go between moves that it looks as though there are two players. The "white" Geri is caught in a bind with his king piece and outsmarts "black" Geri by feigning a heart attack and turning the board around. The "black" Geri realises he has lost the game and hands over a set of false teeth as the prize. "White" Geri puts them in his mouth and grins real big as the shot zooms out, again showing us that there is only one Geri.
​
Teaching Ideas

The children in your class could write their own stories based on this idea of a single character.  It could be playing a game, teacher/pupil, waiter/customer.  The children could develop a storyboard, then write a script.  I would have children acting out their own scripts.  They could be filmed and the children could use film editing packages to add credits and music etc