​"There was once a boy, quite ordinary like any other, he lived in an old forest cabin with his mute grandmother.  There weren't many things a lonely, young boy like him could do so he went for long forest walks hoping he would find something new"
Extract from 'The Black Hat'

One day on one of his long walks the boy finds an old black hat and he places it on his head.  When he takes it off and lays it by his bed, this is when the magic begins.

Beautiful creatures emerge from the hat.  The boy captures them in cages and looks at them each day, in awe of their beauty.  One day the boy is saddened to learn that a bird has escaped.  He searches the woods and finds it, he begs it to come back but it doesn't. Soon more birds escape.  It is not until the boy sees this group of birds in flight that he finally understands that they look more beautiful when they are set free.  He understands that they need freedom to let their beauty show.

I think this story and film is stunning, Maia Walczak is an absolute phenomenon!
Teaching Ideas

The story has a range of poetic techniques that can be discussed and used as a model by the children.
In this story the following are used:
There are a number of places where you can stop the animation and use it for a writing stimulus.  I would perhaps start with images of the boy and the cabin.  Ask the children to describe them.  Discuss who lives in them and why.  Why do they live in a cabin in the woods? This is unusual.  Children can write descriptions of the boy, his home and the woods.

I would use this opportunity for some short drama activities.  Use a top hat and ask the children to act out finding it in the woods, how would they approach it?  What would they do with it?  Use this to create a tension building scene and a writing stimulus.


There could be a class debate followed by some persuasive or argument writing about why animals should or should not be kept in cages.  (Could link to Zoo or circus debate)

The children could write their own stories about beautiful things that came out of the hat, writing internal monologues about how they feel when the animals escape. 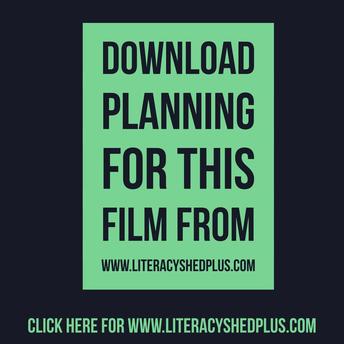