The opening sequence of this film swoops across an old am and students studying World War II may recognise the names of the Normandy landing beaches.

It is to here that we are taken, first we see the eye of a scared soldier and then a group of soldiers huddled together on transport vessels ready for battle.   Once discharged they race up the beach – it is at this point that we realise that something isn’t quite right.

Two young boys are caught up in the battle surrounded by pale, paper-faced soldiers.

There are clues for the viewer to hint that the war is not actually being played out for real as there are artefacts which jar with the setting.

However, the battle does seem very real to our two characters.  They look around in desperation and one face stands out in the crowd of faceless soldiers and it seems that the boys know who this is.

They race towards him and take cover before witnessing the horrors of war at close hand.

Papers flutter to the ground around the fallen men, are these the letters to their loved ones?  More death and destruction is witnessed before a figure swoops across the boys and the scene fades to black.

We soon realise that the boys are safe and in the attic with their grandfather.  They had been alone reading letters.

There are some possibilities here about the significance of the letters: 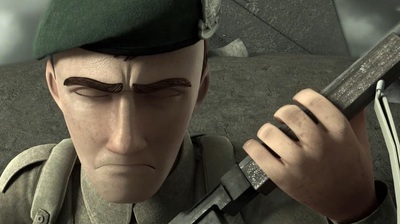 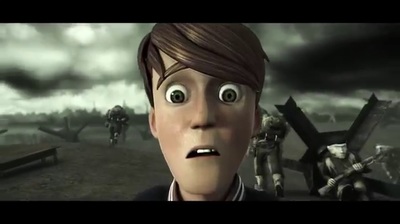 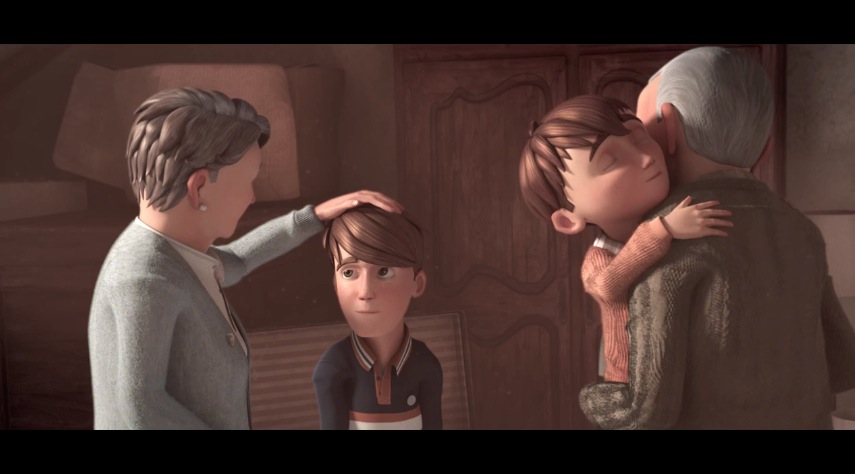 How to die by SIegfried Sassoon